The natural brightness of the night sky

A recent study analyses data collected at 44 of the darkest places in the world, including the Canary Island Observatories, to develop the first complete reference method to measure the natural brightness of the night sky using low-cost photometers.

Of the 44 photometers in the survey, the Roque de los Muchachos Observatory (Garafía, La Palma, Canary Islands) stands out at the darkest of all the skies analysed.

The night sky is not completely dark; even in the remotest places there is a glow in the sky produced by natural components, both terrestrial and extraterrestrial, and by artificial lighting of human origin. Even though the main bright sources such as the Moon, the Milky Way, and the Zodiacal light are easily recognisable, there is a glow which dominates the sky brightness on the darkest nights, produced in the upper layers of the atmosphere, and whose strength depends on a set of complex factors such as the time of year, the geographical location, and the solar cycle.

Solar Cycles are ordered in periods of activity lasting 11 years. We refer to solar maximum when the activity of the Sun has grown, sunspots appear on its surface, and its radiative emission has grown, which affects the molecules in the Earth’s atmosphere, causing an increase in the brightness of the night sky. When these events are much reduced we call this solar minimum.

In 2018 Solar Cycle 24 entered into this phase and since then a series of photometers, TESS, situated around the world, have collected 11 million measurements which have been used to define a method of reference for the study of natural darkness with equipment of this kind. Among the results in the article, which will soon be published in The Astronomical Journal, there are outstanding “systematic observations of short period variations (of the order of tens of minutes, or of hours) in the brightness of the sky, independently of the site, the season, the time of night, or of solar activity, and which have been shown, for the first time, with low cost photometers, to be associated with events produced in the upper layers of the mesosphere, that is to say to the “airglow”, explains Miguel R. Alarcón, a researcher at the Instituto de Astrofísica de Canarias (IAC) and first author of the article.

“This work has demonstrated the high sensitivity of low-cost photometers if they are linked in a network. The final analysis of the full set of TESS photometers shows the Gegenschein, a faint glow in the night sky, visible around the ecliptic, the same plane on which we see the zodiacal light and the planets” explains Miquel Serra-Ricart, an astronomer at the IAC and a co-author of the article. “The network of photometers has shown, yet again, that the Canary Observatories are in the First Division” he adds.

From the 44 photometers which took data from such places as Namibia, Australia, Mexico, Argentina and the United States, among others, it was possible to determine that the Roque de los Muchachos Observatory (ORM, Garafía, La Palma, Canary Islands) is the darkest of all of them”. As can be read in the article, the darkness at the ORM is very close to natural darkness, artificial light adds only 2% to the sky background. From the network of photometers installed in the Spanish Peninsula, we should pick out the excellent sky darkness in the Community of Extremadura, the region of Montsec (Lleida), Javalambre (Teruel) the Sierra Nevada and the Pyrenees in Navarre.

The glow produced by the scattering of artificial light at night (ALAN) by the components of the atmosphere (gas molecules, aerosols, clouds…) is known as artificial skyglow. Estimates suggest that more than 10% of the Earth’s surface receives ALAN and that this figure increases to 23% if we include the atmospheric skyglow. Some 80% of the human population lives in places with light pollution, and around a third of them cannot see the Milky Way. There are few places left in the world where one can appreciate, observe, and measure the natural darkness.

The worrying consequences of light pollution due to human activity, for nature, our health, and for astronomy, have motivated scientific interest in this type of atmospheric pollution. Over the last decades, various increasingly accurate devices have been developed and marketed to measure the darkness at night. The TESS photometers of the STARS4ALL project, which made this study possible, are based on the same sensor as the Sky Quality Meter (SQM) photometer.

EELabs: The sustainable use of artificial lighting

But now there are new projects under way using new technologies, to continue to investigate this threat. This article proposes that to measure the reach of light pollution it is necessary to combine measurements of the scattered light from urban nuclei made from space (mainly from satellites) with maps of darkness in remote natural areas taken by installing networks of self-running photometers with high time resolution and a mean separation of several kilometres. This is one of the main aims of the EELabs project. EELabs (Energy Efficiency Laboratories) is coordinated by the Instituto de Astrofísica de Canarias, with participation by the Portuguese Society for the study of Birds (SPEA), the University of Las Palmas de Gran Canaria (ULPGC) and the Technological Institute for Renewable Energies (ITER).

EELabs has funded the development of self-running photometers which can operated completely autonomously.  Using these instruments the EELabs project is hoping to study the impact of light pollution on the protected natural areas of Macaronesia (the groups of islands in the western Atlantic),  and on the most threatened group of birds in the world, the sea birds. Currently the project is operating on the islands of Tenerife, La Palma, Grand Canary, Madeira and Corvo (Azores). There are plans to increase the zones of study to include Lanzarote, La Gomera, Fuerteventura and El Hierro (Canaries), Ilhas Desertas (Madeira) and Graciosa (Azores).

EELabs (weelabs.eu) is a project funded by the Programme INTERREG V-A MAC 2014-2020, co-financed by FEDER (European Fund for Regional Development) of the European Union, under contract number MAC2/4.6d/238. There are 5 centres working in EELabs (IAC, ITER, TLPGC; SPEA-Azores, SPEA-Madeira. The objective of EELabs is to create laboratories to measure the energy efficiency of the Artificial Night Lighting in protected natural areas of Macaronesia (the Canaries, Madeira, and Azores). STARS4ALL was a project funded by the European Union H2020-ICT-2015-688135 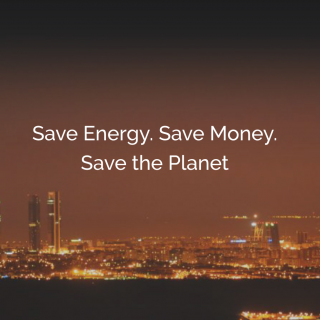 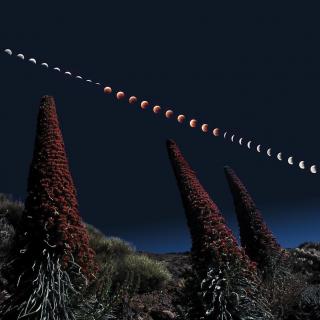 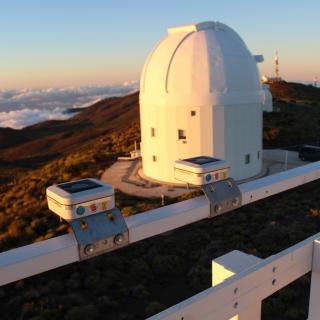