NORBERT LANGER: "There are still many uncertainties about the evolution of massive stars"

Professor Norbert Langer is currently head of the Stellar Physics Group at the Argelander-Institut für Astronomie (Bonn, Germany). Considered one of the world’s leading experts in the field of theoretical stellar Astrophysics, for more than three decades he has been researching the evolution of high mass, from their early stages to the point when they explode as supernovae. These stars play an important role in the evolution of their host galaxies. However, their short lifetime makes them very difficult to observe, raising many questions about their nature. A correct interpretation of the observations requires a reduction of the uncertainty areas of the models, a task to which Langer has devoted a large part of his research career. The astrophysicist has been part of the Jesús Serra Foundation Visitor Programme, an initiative that promotes visits to the IAC by internationally renowned researchers.

Question: Although high-mass stars are few and have a very short lifetime, what role do they play in the evolution of the Universe? Why is it important to study them?

Answer: Massive stars determine the evolution of star-forming galaxies. Through their winds and final supernova explosions, they energize the interstellar medium and reduce the star formation rate. E.g., without massive stars our Milky Way would exhaust its gas in a huge brief starburst; due to the massive stars it keeps slowly forming stars since billions of years. The massive stars are also mainly responsible for the chemical evolution of galaxies, and thus for planet formation and, ultimately, life.

Q: How often do such stars form, and what conditions and variables are involved in their formation and evolution?

A: The formation of massive stars lies still in the dark, literally. In fact, most stars above about 20 solar masses are found observationally only after the have undergone a significant fraction of their core hydrogen burning. To understand what happens to them before they appear in the observations is one of the goals of my current research visit.

Q: Do we have a complete model of the evolution of high-mass stars, from their initial phases to their final explosion? What aspects do we still need to understand?

A: Yes, we do. However, there are still many uncertainties. Massive stars undergo strong internal mixing, and to describe this correctly is still a challenge. Also the final supernova process is far from being well understood. Finally, we know now that most high-mass stars have close companions, which will significantly alter their evolution.

Q: How does the study of high-mass stars affect other areas of astrophysics? How can discoveries in this field of study help to explore other problems in astrophysical research?

A: Massive star physics connects to many other fields in astronomy. For example, massive stars are a candidate for the cosmic reionisation after the dark ages in cosmology. However, in order to predict the ionisational properties of the early massive star generations, we need to test our massive star evolution models against the stars in out backyard.

Q: What role do you think the new generation of large telescopes being developed, both at ground-based observatories such as the Canary Islands Observatories and in space, can play in your field of study?

A: New large telescopes will provide data of higher quality for the relatively nearby stars, which is needed to obtain accurate chemical surface abundances and companion star properties. They will also allow to obtain good data for more distant objects. E.g., there are very metal poor (1/50th solar, close to the conditions of the early Universe) star forming galaxies at distances of tens of Mpc, of which we hopefully can analyze the individual massive stars with high accuracy. We also need more sensitive X-ray measurements of massive stars to identify those with compact companions, which may be on the way to form double black-hole systems.

Q: If you could choose, what discovery would you like to make before you finish your scientific career?

A: Our models have been predicting a large population of OB stars with black hole companions in the Milky Way. It would be great to be able to put this prediction to a clear test.

Q: What aspects of your stay at the IAC, thanks to the Jesús Serra Foundation Visitor Programme, would you highlight?

A: As a theorist, I profit enormously from the profound observational expertise present at the IAC which relates to all aspects of massive star observations: photometry, spectroscopy, in the optical, UV and X-ray regime. I really enjoyed the unique scientific atmosphere at the IAC which leads to many fruitful discussions in various corners of the institute. 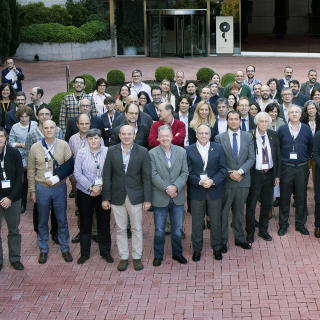 SOMMa’s mission is to internationally promote, strengthen and maximise the value of the ground-breaking research produced by the Spanish ‘Severo Ochoa’ Centres and ‘María de Maeztu’ Units of Excellence and the scientific, social and economic impact it generates.

After detecting the remains of a violent thermonuclear explosion in a star that now orbits a black hole in our Galaxy, IAC researchers, using the Keck Telescope, have shown that some black holes are created after supernova or hypernova explosions of stars with 30 times that of the Sun. The scientific journal Nature has published these findings today (Thursday, 9 September)