Tutors and collaborators of the "Astronomy Education Adventure in the Canary Islands" 2021
Advertised on
11/08/2021 - 10:30
Authors
Nayra
Rodríguez Eugenio

Under the title "Our home in the cosmic ocean", the seventh edition of the international summer course "Astronomy Education Adventure in the Canary Islands" has had 136 participants from 30 countries who have been trained in the latest discoveries about the Solar System and in the techniques and tools they can use to investigate it with their students.

Several of the lectures from the course, given by researchers and science communicators, have just been published on the IAC's YouTube channel.

For the seventh consecutive year, the Instituto de Astrofísica de Canarias (IAC) and NUCLIO, in collaboration with several educational projects, have offered international teachers the opportunity to be trained in the techniques used in Astrophysics to study the Universe, providing them with the tools and knowledge that will allow them to carry out research projects with their students.

This edition of the "Astronomy Education Adventure in the Canary Islands", which took place entirely online from 26th to 30th July, commemorated the 40th anniversary of the broadcasting of "COSMOS: a personal journey", one of the most watched TV series in the world and a milestone in popular science. The contents of the course, in the form of lectures and practical workshops, were inspired by some of the episodes of the legendary series, especially those related to the Solar System and our place in the Universe.

The course consisted of three daily sessions delivered live by videoconference, plus a virtual campus through which participants have access to presentations, recordings of the sessions and other educational resources shared by the tutors and speakers of the training. This format has enabled the participation of 136 teachers and educators from all over the world, who have attended the live sessions or followed the training on the virtual campus.

The training is organised in the framework of the IAC's Proyecto Educativo con Telescopios Robóticos (PETeR), in collaboration with the Núcleo Interactivo de Astronomia (NUCLIO, Portugal), an the Faulkes Telescope Project (FTP, Reino Unido), National Schools’ Observatory (NSO, Reino Unido), CESAR - Cooperation through Education in Science and Astronomy Research (ESAC, ESA-INTA-ISDEFE, Spain) and Our Space Our Future (Europe), all of them institutions and projects aimed at fostering interest in science and technology in schoolchildren through astronomy and space exploration.

In order to broaden the range of outreach content on astronomy for the general public and to make the participating educational projects more widely known, the IAC has published the following lectures from the course on its YouTube channel:

Opening session: presented by the course directors, Nayra Rodríguez Eugenio (IAC) and Rosa Doran (NUCLIO), with the intervention of the vice-director of the IAC, Casiana Muñoz-Tuñón, who welcomed the participants and introduced them to the work carried out by the IAC and its facilities.

This overview of the IAC was then expanded by Nayra Rodríguez, who invited the audience to accompany her on a virtual tour of the Institute's headquarters and the Observatories of the Canary Islands, introducing the different lines of research and technological development of the centre.

COSMOS and the Solar System:

The IAC researcher and Director of the Museum of Science and the Cosmos (Museums of Tenerife), Héctor Socas, gave the talks "Cosmos: 40 years of personal voyage", in which he spoke about the spirit of the series and its creator, the astrophysicist and science populariser Carl Sagan, and "Introduction to Astronomy", in which he reviewed the main open questions of modern astrophysics, with a special focus on the Sun and the exploration of the Solar System.

The astrophysicist, specialized in Cosmology, and science communicator Sandra Benítez gave the talk "The shores of the cosmic ocean", a journey through the Universe in which she recalled episode 1 of COSMOS.

Another of the talks with nods to the television series was "Heaven and Hell", given by the IAC researcher and expert on minor bodies in the Solar System, Javier Licandro, who took the opportunity to comment on the advances in this field of research that have taken place over the last 40 years.

PETeR’s coordinator, Nayra Rodríguez, presented the options offered by this project to the Spanish educational community to carry out their own research on the Universe using professional robotic telescopes, such as the Liverpool Telescope, at the Roque de los Muchachos Observatory, or the telescopes of the Las Cumbres Observatory, located at the Teide Observatory and at five other locations around the world. This project is also open to foreign schools that carry out projects in collaboration with Spanish centres.

Fraser Lewis, Research Director of the FTP and Operations Officer for the NSO, presented these two robotic telescope projects, which are open to schools in the UK and Ireland and offer many educational resources to the international community.

Rosa Doran and Gustavo Rojas, President and Project coordinator of NUCLIO, respectively, showed the attendees the variety of initiatives in which this organization participates and which allow students to get closer to science in a practical way.

In addition to the speakers and tutors already mentioned, the course has had an important group of collaborators from the different participating institutions: 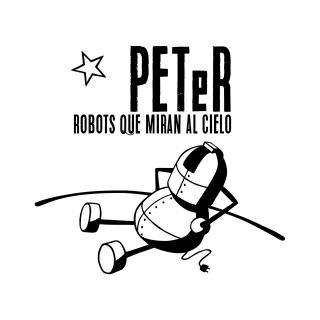 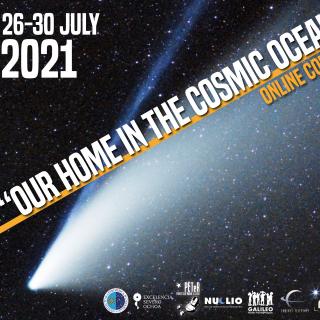 "Our home in the cosmic ocean" is the title chosen for the new edition of the International Summer Course for teachers organized by the Instituto de Astrofísica de Canarias (IAC) together with other educational institutions, which will take place from July 26 to 30 in virtual format. After the success of the last edition, held entirely online and in which some 200 teachers from more than 40 countries participated, the International Summer Course Astronomy Education Adventure in the Canary Islands repeats the format, with the aim of contributing to curb the pandemic of COVID-19 and reach more 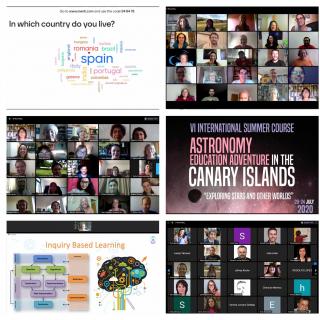 Last week the sixth edition of the summer course "Astronomy Education Adventure in the Canary Islands", coordinated by the IAC and NUCLIO, was held in virtual format with the participation of more than 170 teachers from 40 countries. 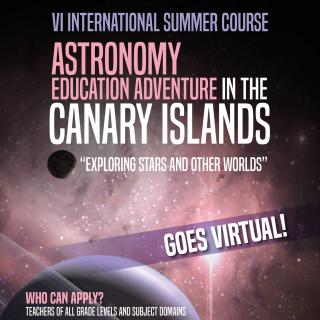 The new astronomical adventure organized by the Instituto de Astrofísica de Canarias (IAC) together with other educational institutions will take place next month with a program that will revolve around the research of the stars and their planets.