Political representatives of Canarian institutions visit the Gran Telescopio Canarias (GTC) accompanied by the director of the IAC, telescope staff and the administrator of the Observatory. Credit: Iván Jiménez (IAC)
Advertised on
16/08/2019
Authors
Iván
Jiménez Montalvo
References
The Governing Council of the IAC gives firm support to the building of the TMT …
Headquarter
Roque de los Muchachos Observatory

The Government of the Canary Islands, Cabildo of La Palma, Municipalities of Puntagorda and Garafía and the IAC Director have met on the Green Island to proclaim their unanimous support for the possibility that the Thirty Meter Telescope (TMT) is installed on the island of La Palma, instead of on Hawaii.

Today, Friday, August 16th, a group of senior political representatives of the Canary Islands’ public bodies, headed by the President of the Regional Government, Mr Angel Víctor Torres, accompanied by Professor Rafael Rebolo (Director of the Instituto de Astrofisica de Canarias), has met at the Roque de los Muchachos Observatory (ORM). They have announced their unanimous support for the installation of the Thirty Meter Telescope (TMT) on La Palma, in the event that the Consortium responsible for this project should decide to build it here instead of on Hawaii. The different administrations and authorities involved have reviewed the current status of the pending procedures and have agreed to set up a Commission and an Advisory Council to supervise the process.

The President of the Canary Islands Government has confirmed that the Regional Administration will make “the maximum effort” to facilitate the installation of the TMT in La Palma. Furthermore, he underlined the “important commitment” that the TMT would be because if built it would be "the main scientific and technological infrastructure in Spain and one of the ten most important in Europe".

Mr Torres also indicated that siting the TMT in La Palma would involve a direct investment in the island for 70 years of at least 25 million euros per year and stated, “I don't want to be optimistic, but realistic; however our intention is to have all the permits issued in the coming weeks”. “Then it will be up to the Consortium to decide; we are offering it one of the best skies in the world ”.

For his part, Professor Rafael Rebolo stressed that this meeting "clarifies the unanimity of the Canarian authorities in support of the project", which he considered to be a message that it is, "important to send to the international Consortium". He also recalled that the Consortium decided to apply for the construction license on July 24 of this year and that "until then it has been working for years to prepare all the documents." These documents include the exhaustive studies that were carried out so as to obtain a favourable environmental impact statement.

The IAC Director also stressed that, “the authorities are reacting in an extraordinarily positive way so as to ensure that the licenses are granted within a couple of months.” Finally, he noted that, “at the meeting of the Consortium Board that is planned by the end of October, perhaps they will be able to take the decision to consider La Palma as the preferred site.”

During today’s meeting, the project’s characteristics and especially the conditions imposed to guarantee the maximum respect for the environment, were analyzed. The project includes a decided commitment of zero waste discharge. It was also noted that the TMT will be 10 times more powerful than the GTC, but it will occupy less than three times the area occupied by the largest of the telescopes on La Palma, that is less than 0.5 percent of the Observatory area.

The participants agreed that the TMT would place the island at the summit of international science, offering an opportunity to hundreds of its young people to develop a scientific and technological career as the investment will result in more than 500 permanent direct and indirect jobs on the island.

After the meeting, the delegation visited the Gran Telescopio Canarias (GTC) and saw from its dome the section of land, belonging to the municipality of Puntagorda, where the permits to build the TMT will be requested. 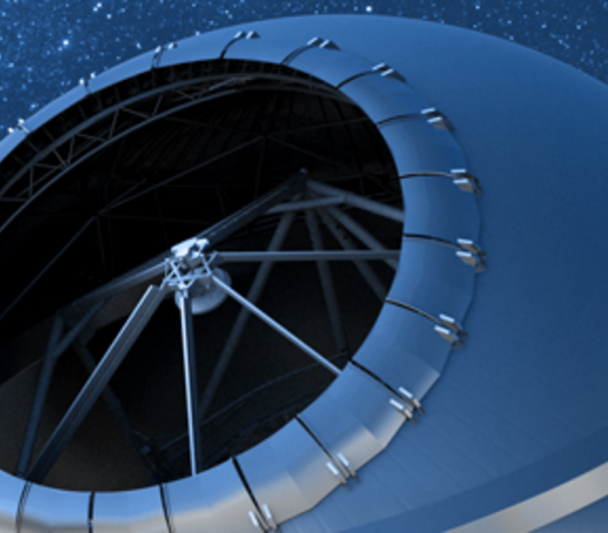 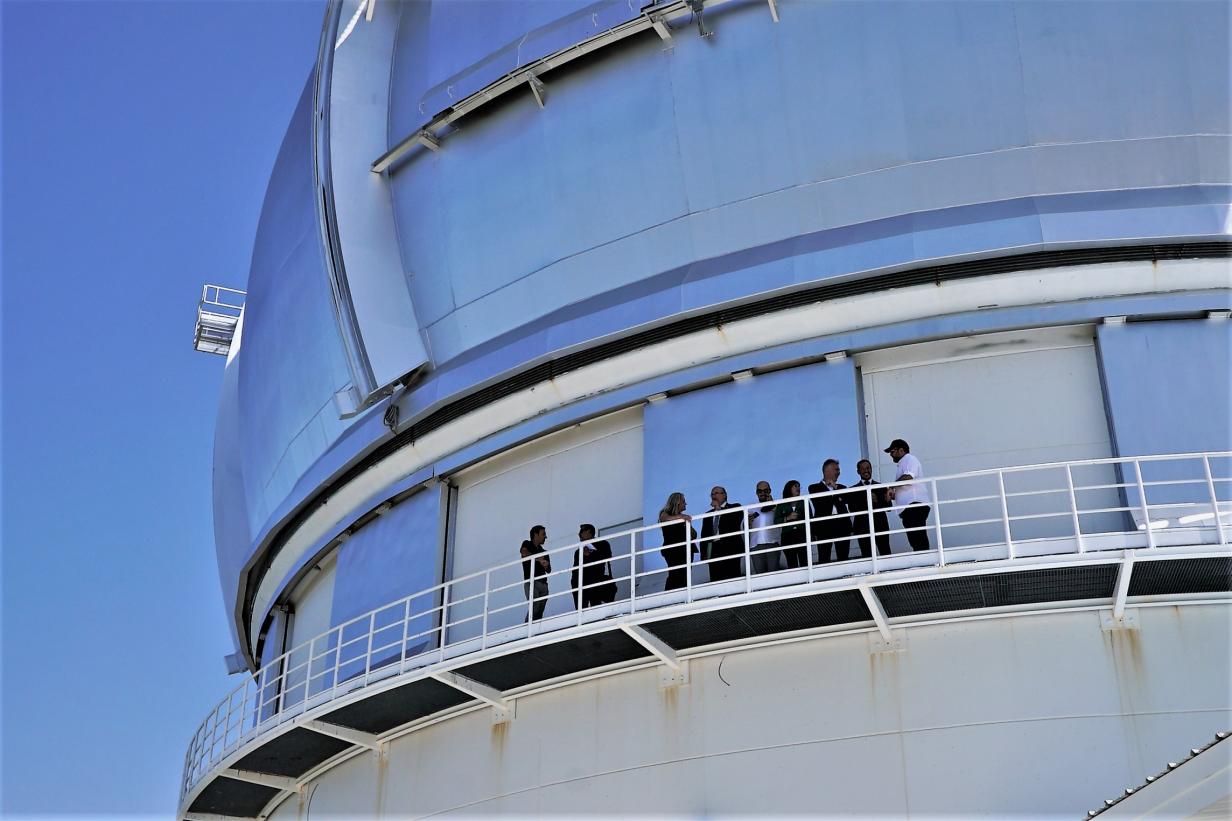