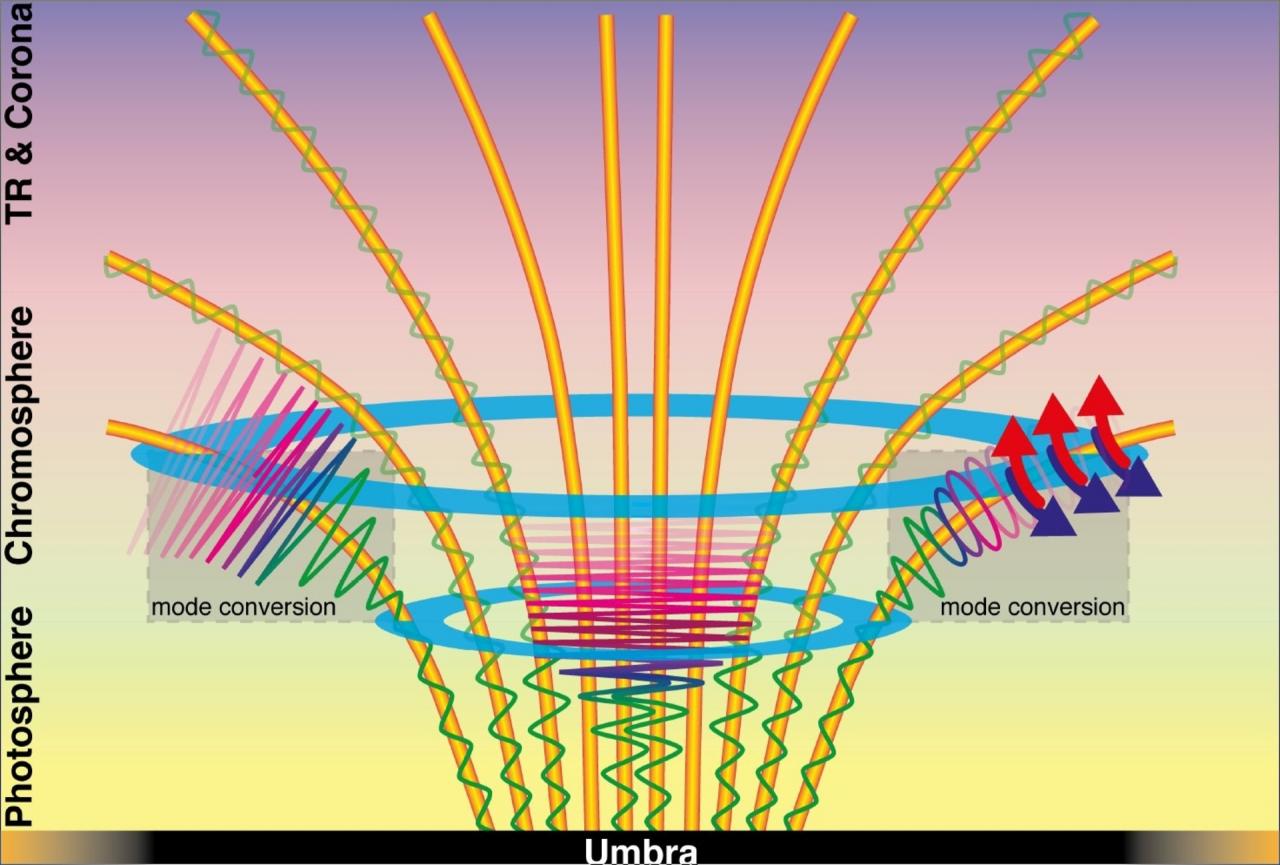 In 1942, a Swedish engineer and physicist by the name of Hannes Alfvén predicted the existence of a new type of wave – one that could exist purely as a result of magnetism acting on plasma. The important nature of these revolutionary waves earned Hannes Alfvén the Nobel Prize for Physics in 1970. Since his prediction, Alfvén waves have been associated with a variety of sources, including nuclear reactors, the coma of comets, laboratory experiments, medical MRI imaging, and in the atmosphere of our nearest star – the Sun. It is here, in the turbulent multi-million-degree atmosphere of the Sun, that Alfvén waves have been hypothesised to play an important role in maintaining such elevated temperatures.

In a similar fashion to ocean waves, Alfvén waves were believed to travel upwards from the solar surface, before eventually ‘crashing’ in the outermost regions of the Sun’s atmosphere and giving off immense heat energy. Within the last 10 years, the existence of Alfvén waves in the Sun’s atmosphere has been proven beyond doubt. However, to date there has been no conclusive direct evidence of these waves converting their motion into physical heat; something that has puzzled physicists since their confirmed existence. Using cutting edge data products from both ground- and space-based observatories, Queen’s University Belfast astrophysicists formed an international team, spanning the UK, USA, Spain, Austria and Georgia, to finally detect and confirm the previously elusive heating potential of solar Alfvén waves, predicted some 75 years ago. This opens the door for a better understanding of these widespread phenomena across all scientific disciplines, including energy reactors and medical devices.

The study employed advanced high-resolution observations from the Dunn Solar Telescope, New Mexico, alongside complementary observations from NASA’s flagship $817 million Solar Dynamics Observatory spacecraft, to study the strongest magnetic features anchored into the solar surface. These features, known as sunspots, can have magnetic field strengths exceeding those found in modern hospital MRI machines, yet spanning a diameter exceeding that of our own Earth.

The international team is made up of specialists in different relevant lines of work, from observing to analysis techniques, computer simulations and radiative tranfer theory. The IAC’s contribution has been to analyze the spectral line profiles produced by the atoms of ionized calcium, whose imprint on the observed spectrum allows the researchers to determine the physical conditions in the upper layers of the atmosphere, and to follow their variations with time. “This analysis -explains the IAC/ULL researcher and co-author of the article Héctor Socas-Navarro- is based on complex calculations with supercomputers about how these atoms respond to the radiation and leave their ‘signatures’ on the properties of the light which reaches us, aspects in which the IAC is considered a leader at international level”.