Advertised on:
2
2020
Journal
Astronomy and Astrophysics
Description
Context. It has recently been proposed that LB-1 is a binary system at 4 kpc consisting of a B-type star of 8 M☉ and a massive stellar black hole (BH) of 70 M☉. This finding challenges our current theories of massive star evolution and formation of BHs at solar metallicity.
Aims: Our objective is to derive the effective temperature, surface gravity, and chemical composition of the B-type component in order to determine its nature and evolutionary status and, indirectly, to constrain the mass of the BH.
Methods: We use the non-LTE stellar atmosphere code FASTWIND to analyze new and archival high-resolution data.
Results: We determine (Teff, log g) values of (14 000 ± 500 K, 3.50 ± 0.15 dex) that, combined with the Gaia parallax, imply a spectroscopic mass, from log g, of 3.2+2.1-1.9 M☉ and an evolutionary mass, assuming single star evolution, of 5.2+0.3-0.6 M☉. We determine an upper limit of 8 km s-1 for the projected rotational velocity and derive the surface abundances; we find the star to have a silicon abundance below solar, and to be significantly enhanced in nitrogen and iron and depleted in carbon and magnesium. Complementary evidence derived from a photometric extinction analysis and Gaia yields similar results for Teff and log g and a consistent distance around 2 kpc.
Conclusions: We propose that the B-type star is a slightly evolved main sequence star of 3-5 M☉ with surface abundances reminiscent of diffusion in late B/A chemically peculiar stars with low rotational velocities. There is also evidence for CN-processed material in its atmosphere. These conclusions rely critically on the distance inferred from the Gaia parallax. The goodness of fit of the Gaia astrometry also favors a high-inclination orbit. If the orbit is edge-on and the B-type star has a mass of 3-5 M☉, the mass of the dark companion would be 4-5 M☉, which would be easier to explain with our current stellar evolutionary models.
Related projects

This project aims at the searching, observation and analysis of massive stars in nearby galaxies to provide a solid empirical ground to understand their physical properties as a function of those key parameters that gobern their evolution (i.e. mass, spin, metallicity, mass loss, and binary interaction). Massive stars are central objects to 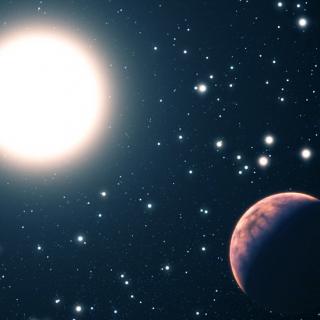