A Duality in the Origin of Bulges and Spheroidal Galaxies

Advertised on:
6
2021
Journal
The Astrophysical Journal
Description
Studying the resolved stellar populations of the different structural components that build massive galaxies directly unveils their assembly history. We aim at characterizing the stellar population properties of a representative sample of bulges and pure spheroids in massive galaxies (M⋆ > 1010 M⊙) in the GOODS-N field. We take advantage of the spectral and spatial information provided by SHARDS and Hubble Space Telescope data to perform the multi-image spectrophotometric decoupling of the galaxy light. We derive the spectral energy distribution separately for bulges and disks in the redshift range 0.14 < z ≤ 1 with spectral resolution R ∼ 50. Analyzing these spectral energy distributions, we find evidence of a bimodal distribution of bulge formation redshifts. We find that 33% of them present old mass-weighted ages, implying a median formation redshift ${z}_{\mathrm{form}}={6.2}_{-1.7}^{+1.5}$ . They are relics of the early universe embedded in disk galaxies. A second wave, dominant in number, accounts for bulges formed at median redshift ${z}_{\mathrm{form}}={1.3}_{-0.6}^{+0.6}$ . The oldest (first-wave) bulges are more compact than the youngest. Virtually all pure spheroids (i.e., those without any disk) are coetaneous with the second-wave bulges, presenting a median redshift of formation ${z}_{\mathrm{form}}={1.1}_{-0.3}^{+0.3}$ . The two waves of bulge formation are distinguishable not only in terms of stellar ages but also in star formation mode. All first-wave bulges formed fast at z ∼ 6, with typical timescales around 200 Myr. A significant fraction of the second-wave bulges assembled more slowly, with star formation timescales as long as 1 Gyr. The results of this work suggest that the centers of massive disk-like galaxies actually harbor the oldest spheroids formed in the universe.
Related projects 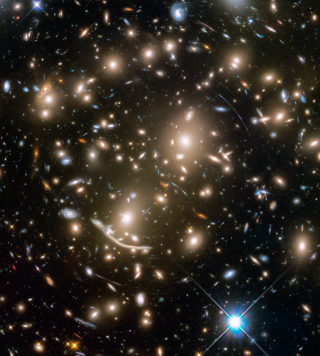