25th anniversary of the discovery of the first brown dwarf

It is 25 years, now, since the astrophysicists Rafael Rebolo López, María Rosa Zapatero-Osorio and Eduardo Marín Guerrero de Escalante announced the discovery of the first confirmed brown dwarf, Teide 1. It is in the Pleiades star cluster, and it is named after the Teide Observatory, from where it was observed for the first time with the Spanish IAC-80 telescope. It is one of the scientific landmarks with the greatest international impact obtained by the Instituto de Astrofísica de Canarias.

On Septembre 14th 1995 Nature magazine annnounced an extraordinary discovery which blurred the boundary between stars and planets. A group of Spanish researchers confirmed the detection of the first brown dwarf, Teide 1, in the  Pleiades star cluster, at some 400 light years from the Earth. As a result of this discovery brown dwarfs were no longer a merely hpothetical and became a basic element for understanding the processes in stellar evolution and planet formation.

Brown dwarfs are sub-stellar bodies which are not massive enough to cause the fusion of hydrogen in their cores, which is the source of energy for stars such as the Sun. However they do emit their own light, although faint, which the giant gas planets do not. Their low luminosities and low surface temperatures make them very difficult to find. For that reason even though the first theoretical models were developed in the 1960’s scientists took more than three decades to find them.

Teide 1 was discovered during a programme of searches for giant planets started in 1994 by the Instituto de Astrofísica de Canarias. The publication of the finding took place a few weeks before the annoucement of the discovery of the first extrasolar planet, 51 Pegali b by Michel Mayor and Didier Queloz, who were both awarded the Nobel Prize for Physics in 2019. The astrophysicsts Rafael Rebolo López, María Rosa Zapatero-Osorio, and Eduardo Martín Guerrero de Escalante, all then researchers at the IAC, used direct imaging techniques with the Spanish IAC-80 telescope at the Teide Observatory (OT) in Tenerife, and spectrometry with the William Herschel Telescope at the Roque de los Muchachos Observatory, in La Palma.

Afterwards they used the Mauna Kea Observatory (MKO) in Hawaii to carry out the test of the detection of lithium with the Keck telescope, a test proposed years before by the same team, led by Rafael Rebolo (in collaboration with the Italian astrophysicist Antonio Magazzù. Lithium is a light chemical element which is easily destroyed in stellar interiors. If it is present in an astronomical object this implies that it does not have sufficient mass to reach the temperature or the pressure needed to bring about its fusion, which implies that the object is substellar.

For Rafael Rebolo López, currently Director of the IAC, this discovery not only helped him to win the post of Research Professor of the CSIC in 1998, but also some research prizes, and “at a personal level it helped me to find a greater belief in our potential as researcher, and that it is possible to compete against groups which are very well funded. Rebolo emphasizes that, although at that time there were several important research institutes such as those at Harvard, Caltech, and the University of California, looking for brown dwarfs for decades “we were three young Spanish researchers working at the IAC who managed to establish their existence and were the pioneers in establishing some of their basic properties". He adds, “Maybe partly because of that discovery, I think that, with our feet firmly on the ground we can look very high, and we must have ambitious aims in our research, even though reality very often makes this difficult”.

MarÍa Rosa Zapatero-Osorio, CSIC Research Professor and currently researching at the Centre for Astrobiology (CAB-CSIC-INTA) picks out the great importance of the finding for astrophysical research. “A new line of research was opened up, observational sustellar physics, and the bases were laid for the identification of brown dwarfs in the visible and near infrared. This was a great advance for astrophysics, and by now we have found hundreds of brown dwarfs in the solar neighbourhood”. She also remembers the great satisfaction she felt when she realized that the discovery had been made. “To look for unknown objects which had eluded detection during decades before, find them, and characterize them was a challenge which we overcame successfully”

For the CSIC Research Professor and IAC researcher Eduardo Martín Guerrero de Escalante, the discovery also marked a watershed in his life. He no only considers it “a great personal experience” he also notes that above all it became a professional springboard “ At that time I was a support astronomer, the discovery helped me to go to Berkeley as a postdoctoral researcher working on brown dwarf science”.

As many as the stars

Teide 1 has a radius similar to that of Jupiter but is 55 times more massive, and its surface temperature is one half that of the Sun’s, around 2.600K. Although our observations showed that it has not destroyed its lithium, it is possible that in the future it will cause this element to fuse in its nucleus. Its age, 110 million years, makes it a very young object, compared with the Sun (4.500 million years old). For some time Teide 1 was the smallest object outside the Solar System identified by direct imaging.

Since then more than 1,800 brown dwarfs have been discovered. In fact there are far more of them than expected. "We know that there must be tens of thousands of millions in our Galaxy, almost as many as the stars, something which we were bold enough to predict, even in the discovery article in Nature” explains Rebolo. He also considers another important piece of data, not known 25 years ago: “There are far more of them floating freely in space than orbiting stars” and he stresses the large quantity of knowledge since acquired. “Now we know how many of them there are in each mass range, and we know of examples over almost the full range of surface temperatures predicted by the theory, some of them have surface temperatures even lower than the mean temperature of the Earth’s surface”, he says.

Zapatero-Osorio underlines other important discoveries, some of them unexpected: “Very curiously there are brown dwarfs in orbits very close to their stars, and we don’t know how they got there”. And she explains that one of the most important motivations for the search for brown dwarfs, at first, was the possibility that they make up a part of the mysterious dark matter. “Although it had been speculated that brown dwarfs might be able to explain some of the dark matter it was already clear in 1995 that their number, although very high, was not enougth to explain dark matter, they are in fact objects with little mass” she says. Among the other major advances, Martín adds the evidence that “some brown dwarfs are, or have been, very close to the Solar System, and they have a wide range of properties which overlaps with those of the giant planets”. He specially notes that "they can be in binary or triple systems, and even host planets”.

After more than a quarter of a century of study with thousands of brown dwarfs discovered, this remains a promising field for Astrophysics. Rebolo indicates some of the coming challenges: “A challenge, of the many which I can think of, is the detection and characterization of the primitive brown dwarfs, the first ones formed in the Galaxy because when we find them they will give us privileged information about the early phases of the Milky Way”, he explains. “The other challenge is to do with the brown dwarfs with very low surface temperatures, because some of us think that they are the most numerous ones in the Galaxy, even though we know very few of them, because they are extremely fiant, they are a valuable bridge for characterizing terrestrial planets around other stars”, he adds.

Zapatero-Osorio is also convinced that there is much more to do in the study of brown dwarfs: ”There has been a lot of progress in these 25 years, but there are still basic open questions: formation and evolution, physical and chemical properties of their atmospheres and interiors, the presence of planets and moons around the brown dwarfs and their multiplicity, are some of these questions”.

For Martín, one of the advantages of studying brown dwarfs is that “they are the least massive population which result from star formation processes during the lifetime of the Galaxy, and therefore they let us study the physical and chemical processes as functions of mass”. He also points out that “their properties are similar to those of planets, and are therefore an important step in understanding them”. But above all he stresses their potential to host planets which could be situated in “habitability zones” that is to say the region where a rocky planet could have water in liquid state on its surface. “Recently it has been proposed that some brown dwarfs may have habitable atmospheric regions”. 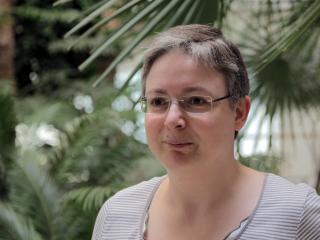 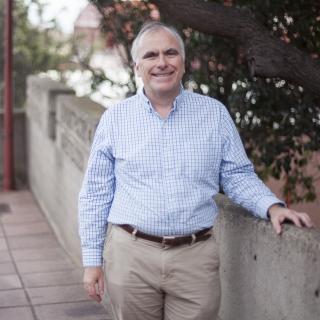 Interview
MARK MARLEY: “One great challenge when studying planetary atmospheres is clouds, which both brown dwarfs and extrasolar planets have”

Our planet becomes too small for some scientists, therefore they dedicate their lives to study other worlds much larger than Earth and those that are so massive that they almost become a star: giant planets and brown dwarfs. Mark S. Marley, scientist at the NASA Ames Research Center in the Space Sciences Division, computes models of their atmospheres and he is helping to plan for space missions, such as NASA's WFIRST and LUVOIR, for their characterization. He will dedicate his talks to this topic at the XXIX Canary Islands Winter School of Astrophysics, organized by the Institute of