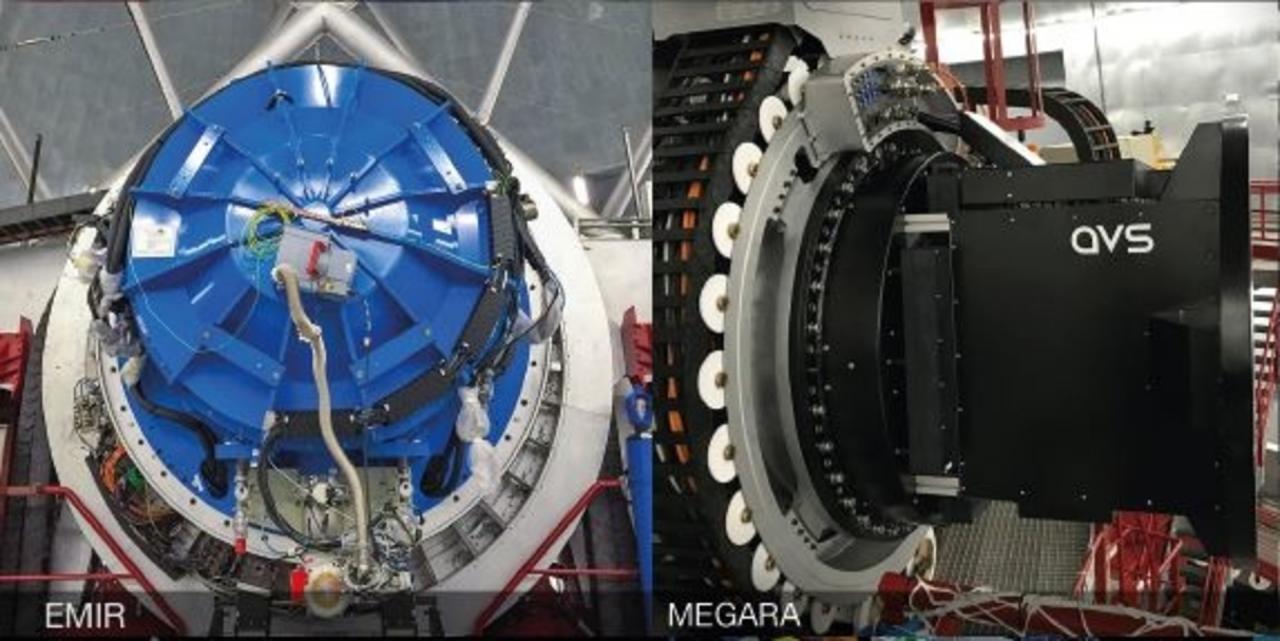 The two spectrographs on the Gran Telescopio Canarias have reached their full operating level and have become two of the most requested instruments for observing time on this major telescope which has produced over 500 publications in high level journals and has accumulated over 10,000 citations.

EMIR  and MEGARA are two common user spectrographs on the Gran Telescopio Canarias (GTC), also known as Grantecan, and they have attained a high demand for observing time during recent semesters. “After their installation in June 2016 and in March 2017 respectively different observing strategies have been tried at the telescope, and the data reduction algorithms have reached maturity, so that at the present time they are both working at full capacity” explains Romano Corradi, the Director of the GTC. This telescope has produced scientific data which have been published in over 500 articles in top level journals, and have obtained over 10,000 citations.

EMIR (Multiobject Infrared Spectgrograph, the acronym is based on the Spanish) occupies one of the Nasmyth plaforms situated on either side of the support structure for the primary mirror of the GTC. It is an infrared spectrograph, which allows it to look through interstellar dust and study the most obscured objects in the Milky Way. “It is also currently working to produce a census of galaxies in the early universe, an epoch in which star formation was at its most important and active in the life of the galaxies” explains Francisco Garzón, the Principal Investigator of EMIR who is an IAC astrophysicist.

MEGARA (High Resolution Astronomical Multiobject Spectrograph on the GTC, the acronym from the Spanish) is a visible spectrograph comprising two units, one at one of the bent Cassegrain foci, and the other on the Nasmyth platform, and connected to the former by fibre-optic bundles of total length 60 km. For Armando Gil de Paz, the Principal Investigator of MEGARA, an astrophysicist at the Complutense University of Madrid (UCM) “the capabilities of this instrument allow the scientists to work in almost all areas of astronomy, from the study of stellar populations to clusters of galaxies and very distant galaxies”.

The two instruments have the common property of being multiobject spectrographs, which allow the simultaneous study of a large number of sources. In EMIR this si done using a system of remotely controlled reconfigurable slits, allowing the observer to take some 50 objects at a time. MEGARA has a system of robotic positioners with which it can observe up to almost a hundred objects simultaneously.

To strengthen the use of the data which is obtained from these instruments, and to improve its scientific use among the user communities last July, coinciding with the 10th anniversary of the inauguration of the GTC, there was an open meeting at the IAC Headquarters in La Laguna, of the Network of Insfrastructures in Astronomy (RIA) with participation of more than 50 professional astronomers from almost 30 scientific institutions. 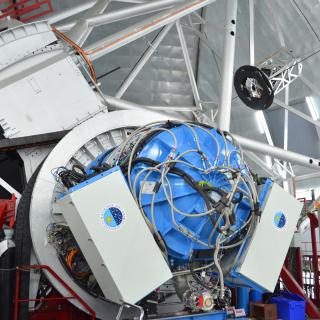 EMIR is a wide-field camera and intermediate resolution near infrared spectrograph. It is a criogenic multi-object spectrograph installed and in operation in the GTC telescope. A criogenic robotic reconfigurable slit system allows to obtain spectra from up to 50 objects simultaneously. 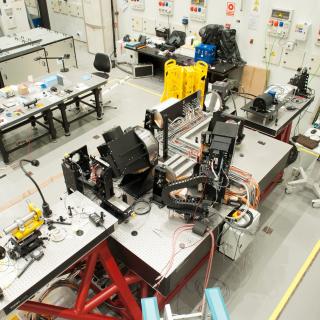 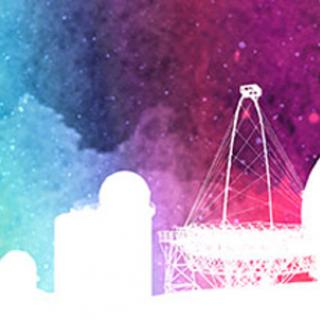 MEGARA (Multi-Espectrógrafo en GTC de Alta Resolución para Astronomía) is the future intermediate-resolution optical Integral-Field Unit (IFU) and Multi-Object Spectrograph (MOS) of the 10.4m GTC telescope. The instrument can be used to observe either a contiguous (100% filling factor) field-of-view of 12.5×11.3 arcsec^{2} or 92 objects anywhere in 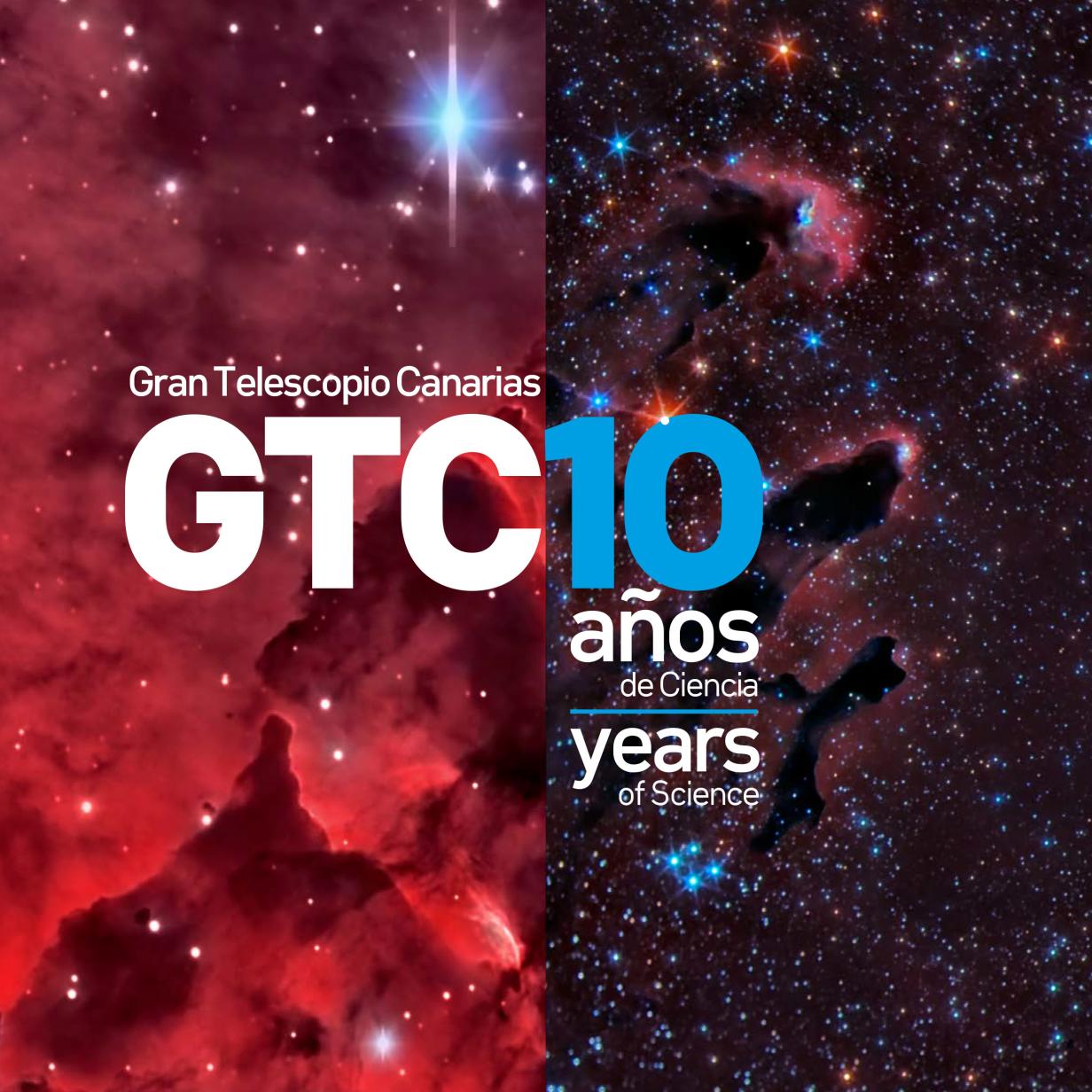