An international team of astronomers, in which the researcher from the Instituto de Astrofísica de Canarias and the Universidad de La Laguna David Jones participates, has discovered giant spots on the surface of extremely hot stars hidden in stellar clusters. Not only are these stars plagued by magnetic spots, some also experience superflare events, explosions of energy several million times more energetic than similar eruptions on the Sun. The findings, published in Nature Astronomy, help astronomers better understand these puzzling stars and open doors to resolving other elusive mysteries of stellar astronomy.

The team, led by Yazan Momany from the INAF Astronomical Observatory of Padua in Italy, looked at a particular type of star known as extreme horizontal branch stars — objects with about half the mass of the Sun but four to five times hotter. “These hot and small stars are special because we know they will bypass one of the final phases in the life of a typical star and will die prematurely,” says Momany, who was previously a staff astronomer at ESO’s Paranal Observatory in Chile. “In our Galaxy, these peculiar hot objects are generally associated with the presence of a close companion star.”

The team’s long-term monitoring of these stars, made with ESO telescopes, also revealed that many of the extreme horizontal branch stars within them showed regular changes in their brightness over the course of just a few days to several weeks.

“Initially, we thought this must be a sign that these stars were indeed not single stars, but instead had another star orbiting close by” says David Jones, researcher at the Instituto de Astrofísica de Canarias (IAC) and the Universidad de La Laguna (ULL) and co-author of the study. However, when the team acquired further observations to try and understand the nature of the possible companion stars, they surprisingly found that there were none.

“After eliminating all other scenarios, there was only one remaining possibility to explain their observed brightness variations,” concludes Simone Zaggia, a study co-author from the INAF Astronomical Observatory of Padua in Italy and a former ESO Fellow: “these stars must be plagued by spots!.”

Spots on extreme horizontal branch stars appear to be quite different from the dark sunspots on our own Sun, but both are caused by magnetic fields. The spots on these hot, extreme stars are brighter and hotter than the surrounding stellar surface, unlike on the Sun where we see spots as dark stains on the solar surface that are cooler than their surroundings.

The spots on extreme horizontal branch stars are also significantly larger than sunspots, covering up to a quarter of the star’s surface. These spots are incredibly persistent, lasting for decades, while individual sunspots are temporary, lasting only a few days to months. As the hot stars rotate, the spots on the surface come and go, causing the visible changes in brightness.

Beyond the variations in brightness due to spots, the team also discovered a couple of extreme horizontal branch stars that showed superflares — sudden explosions of energy and another signpost of the presence of a magnetic field. “They are similar to the flares we see on our own Sun, but ten million times more energetic,” says study co-author Henri Boffin, an astronomer at ESO’s headquarters in Germany. “Such behaviour was certainly not expected and highlights the importance of magnetic fields in explaining the properties of these stars.”

This finding could help explain the origin of strong magnetic fields in many white dwarfs, objects that represent the final stage in the life of Sun-like stars and show similarities to extreme horizontal branch stars. “The bigger picture though,” says David Jones, “is that changes in brightness of all hot stars — from young Sun-like stars to old extreme horizontal branch stars and long-dead white dwarfs — could all be connected. These objects can thus be understood as collectively suffering from magnetic spots on their surfaces.”

The breakthrough came as the team observed the stars in the near-ultraviolet part of the spectrum, allowing them to reveal the hotter, extreme stars standing out bright amongst the cooler stars in globular clusters.  To arrive at this result, the astronomers used several instruments on ESO’s Very Large Telescope (VLT), including VIMOS, FLAMES and FORS2, as well as OmegaCAM attached to the VLT Survey Telescope at Paranal Observatory. They also employed ULTRACAM on the New Technology Telescope at ESO’s La Silla Observatory, also in Chile.

Contact at the IAC:
David jones, researcher at the IAC: djones [at] iac.es 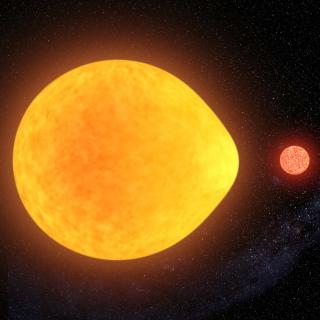 An international team of astronomers, including researchers from the Instituto de Astrofísica de Canarias, has found for the first time an unusual star that oscillates on one side due to the gravitational attraction of another nearby star. The study, which is published in the journal Nature Astronomy, uses data from NASA's TESS satellite and has involved the collaboration of citizen scientists. 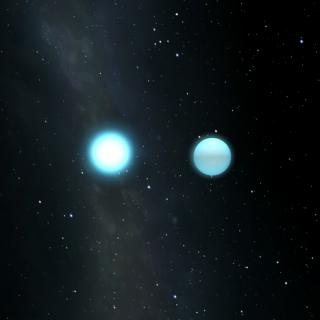 An international research, led by scientists from the University of Sheffield and with the participation of the Instituto de Astrofísica de Canarias, has discovered, using the HiPERCAM instrument of the Gran Telescopio Canarias at the Roque de los Muchachos Observatory (Garafía, La Palma), an ancient pulsating star in a double star system. The discovery, which is published in the journal Nature Astronomy, provides important information about how stars like our Sun evolve and eventually die.