Research led by the University of Chicago and the Instituto de Astrofísica de Canarias (IAC) has shown the existence of exoplanets with water and rock around type M dwarf stars, which are the most common in the Galaxy. The results are published in the prestigious journal Science.

A detailed analysis of the masses and the radii of all 43 known exoplanets around M stars, which make up 80% of the stars in the Milky Way, has led to a surprising discovery, entirely led by the researchers Rafael Luque, of the University of Chicago and the Instituto de Astrofísica de Andalucía (IAA-CSIC) and Enric Pallé, of the IAC and the University of La Laguna (ULL)

“We have discovered the first experimental proof that there is a population of water worlds, and that they are in fact almost as abundant as Earth-like planets”, explains Luque. The study has shown that far more planets than previously thought could have large quantities of water, which can reach up to 50% of the total mass of the planet.

When the researchers analyzed the sample they found something unexpected: the densities of a high percentage of the planets suggested that they are too light in relation to their size to be formed entirely of rock. For this reason, they believe that they must be formed half of rock and half of water, or other lighter molecules. “We found that it is the density of a planet and not its radius, as was previously thought, which separates dry planets from wet ones”, explains Luque.

However, these planets are so close to their stars that any water on their surface should exist in a supercritical gas phase, which would increase their sizes. So, the scientists think that, in this population, the water is probably bound to the rock, or in closed volumes below the surface, rather than flowing as in oceans or rivers. These conditions would be similar to those on Jupiter’s satellite Europa, but very different to what occurs on our own planet. “The Earth is a dry planet, even though its surface is mostly covered in water, which gives it a very wet appearance. The water on Earth is only 0.02% of its total mass, while in these water worlds it is 50% of the mass of the planet”, notes Pallé.

With this finding, it is confirmed, for the first time, the existence of a new type of exoplanet. “We have discovered that small planets orbiting this type of star can be classified into three distinct families: rocky planets very similar to Earth, planets with half their mass consisting of water that we call water worlds, and mini-Neptunes with extended atmospheres of hydrogen and/or helium”, describes Pallé.

This finding contradicts the widely held idea that these worlds are either very dry and rocky, or they have a very extensive and tenuous atmosphere of hydrogen and/or helium. On the contrary, this study suggests that, as opposed to rocky planets, these worlds rich in water formed outside the so-called “snow line”, that is to say sufficiently far away from the star that the temperature was low enough that all the light compounds such as water solidified and formed grains of solid ice, and then migrated closer to the star. “The distribution of sizes and densities of exoplanets is a consequence of the formation of planets at different distances from the star, and not of the presence or absence of an atmosphere”, comments Pallé.

A novel analysis, and a promising future.

Just as observation of the population of an entire city can reveal tendencies which are difficult to see at an individual level, the study of a population of planets has helped the scientists to identify hitherto unknown patterns. “Because of the uncertainties in the masses and radii of our measurements, an individual planet could sometimes fit into more than one category (terrestrial, water world, etc.). It is when we observe a population of planets as we have done here that we can bring out the patterns of distinct, different compositions”, explains Luque.

According to the researchers, the next steps to be taken are to understand the internal structure of the water worlds, which means finding out where the water is stored, and if these planets could have a small atmosphere of detectable supercritical water vapour. “Only those planets in the habitable zones around M stars can be explored atmospherically by the James Webb Space Telescope (JWST) and future extremely large ground-based telescopes”, explains Pallé.

“It is also fundamental to understand if our discovery also applies to the populations of small planets around other types of stars”, stresses Luque. “It is more difficult to measure the exact masses of small planets around larger stars, but the data should soon become available using the newest generation of ultra-stable spectrographs”, he points out.

The realm of new discoveries of planets around M stars by NASA’s Transiting Exoplanet Survey Satellite (TESS), complemented by measurements of their masses by the CARMENES spectrograph on the 3.5 m telescope at Calar Alto, Almería, (Spain) were crucial for this work to become possible. 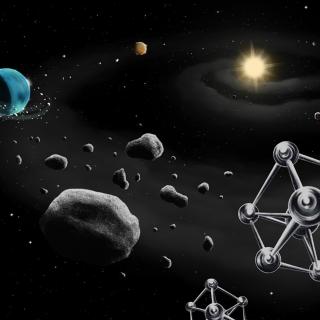 Newly formed stars have protoplanetary discs around them. A fraction of the material in the disc condenses into planet-forming chunks, and the rest finally falls into the star. Because of their common origin, researchers have assumed that the composition of these chunks and that of the rocky planets with low masses should be similar to that of their host stars. However, until now the Solar System was the only available reference for the astronomers. 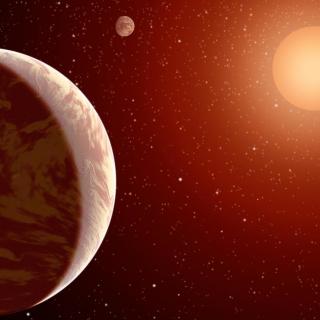 An international scientific collaboration, in which the Instituto de Astrofísica de Canarias (IAC) participates, has discovered two new super-Earths orbiting a bright red dwarf star only 33 light-years away. Both objects are among the closest-known rocky planets yet found outside our solar system. The results are presented today at the American Astronomical Society (AAS) meeting in Pasadena (California, USA). Two new exoplanets, HD 260655 b and HD 260655 c, have been detected using NASA's Transiting Exoplanet Survey Satellite (TESS), a space telescope designed to look for planets in orbit 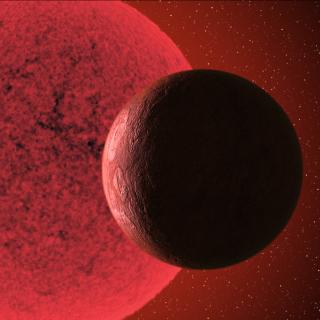