The XXXIII Canary Islands Winter School of Astrophysics, organized by the Instituto de Astrofísica de Canarias (IAC), focuses onAstroparticle Physics and Cosmology. The school, to be held in San Cristóbal de La Laguna (Tenerife, Spain) from 21 November to 2 December 2022, will admit about 60 advanced MSc students, PhD students and young Post-Docs. In a relaxed environment, the school will give participants the opportunity to learn from world-renowned specialists.

Astrophysical and cosmological observations imply that only 5% of the energy of the universe is made of conventional matter. The remaining 95% is the dark universe, composed by some unknown type of matter which has no (or extremely weak) direct interactions with light and the rest of the particles of the standard model (dark matter), and by a puzzling form of energy that exhibits negative pressure, accelerating the universe's expansion (dark energy). This fundamental conundrum of the current cosmological paradigm is exacerbated by other mysteries regarding the mechanism and energy scale of cosmic inflation and the origin of the matter-antimatter asymmetry in the universe.

In the next decades, new cosmological surveys will map with unprecedented sensitivity the optical and infra-red large scale structure in the evolved universe, while others will use radio waves to access unexplored cosmological epochs. At the same time, upcoming gravitational wave observatories will open a brand new, independent observational window to the physics of the universe, which will be complemented by the unprecedented input from cosmic, neutrino-, and gamma-ray observatories. Finally, a huge effort is also being made in searching for new physics in ground laboratories, with a myriad of ongoing and planned experiments breaking new ground in the high-precision and energy frontiers.

Advancing these questions is the focus of a multidisciplinary effort at the frontiers of astrophysics, cosmology and particle physics that is setting the scene for future scientific breakthroughs.

The aim of the Winter School is, therefore, to provide an up-to-date portrait of this this golden era of Astroparticle Physics and Cosmology, given by world-renowned researchers and covering the most promising areas of activity.

Participants of the Winter School will have the opportunity to display their current work by presenting a talk or a poster.

In addition, we plan a session and public talk by our distiguished guest Prof. Dr. Malcolm Longair. 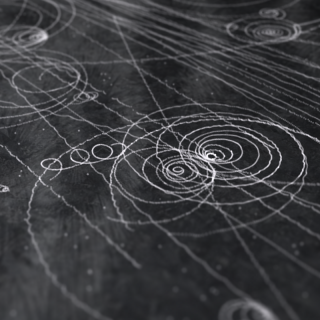 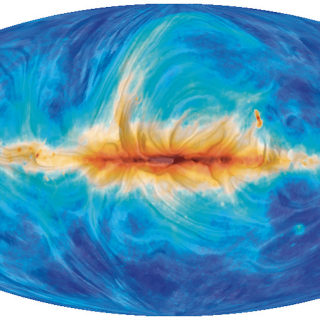 The aim of this project is to combine two unique datasets, the nine Planck all-sky maps and the four QUIJOTE Northern sky maps, to provide the best possible characterization of the physical properties of polarized emissions in the microwave domain.