Frame of the video Traveling on a Comet. Credit: Virtualisrealitates
Advertised on
26/06/2020
Authors
SCIENCE COMMUNICATION AND OUTREACH UNIT

To celebrate Asteroid Day, which commemorates the impact of the Tunguska Fireball in 1908, several researchers from the Instituto de Astrofísica de Canarias (IAC) will participate in on-line chats to talk about the nature of these lesser bodies of the Solar System, and about the risk of impact on the Earth.

Starting four years ago, June 30th is celebrated as Asteroid Day, to raise the conscience of society about the potential risk of the impact of asteroids on the Earth, and to know more about these small bodies, which are linked to the origin and the evolution of the Solar System.

This year the IAC is joining in to this celebration with several talks via the sky-live.tv channel. The “date” will be on Tuesday June 30th, from 19:00 CEST (18:00 in the Canaries, 17:00 UTC). The IAC researchers in Solar System astrophysics Julia de León, Javier Licandro y Miquel Serra-Ricart will participate in this event.

“The dynamics of this broadcast will be similar to those of the talks in the cycle #IACUniversoEnCasa”, explains Miquel Serra-Ricart, who coordinates the broadcast. “The aim is for the public to participate in the event, asking questions to these specialists in these Solar System bodies” he adds.

The broadcast will comprise three talks, of 20 minutes each, with 10 minutes for questions during which the researchers will be able to resolve the doubts presented by the public via the chat on YouTube. The structure is as follows:

19:00 “Casasteroides: Searching for asteroids with your smartphone” By Miquel Serra-Ricart. 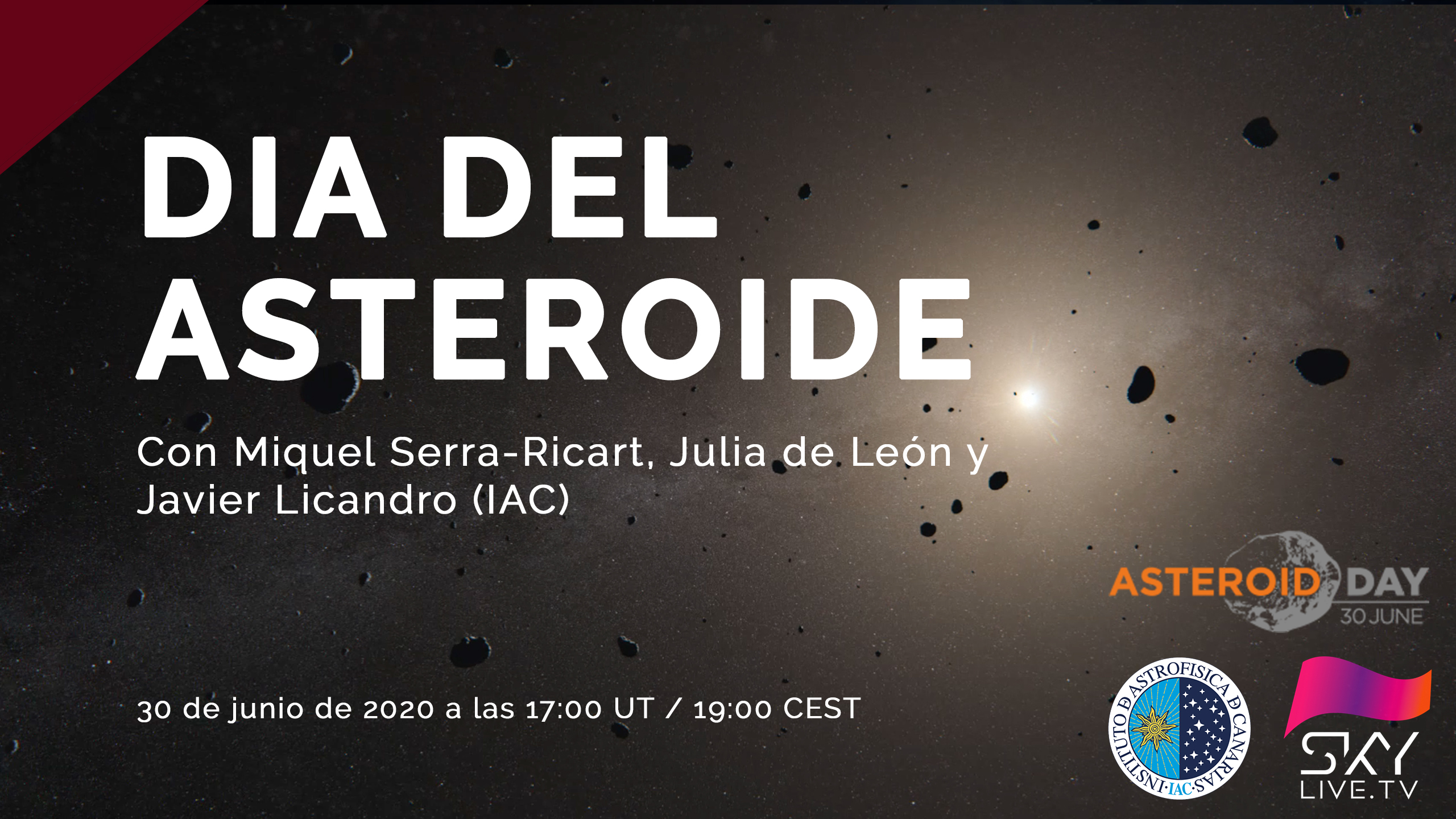 Link for the broadcast: https://youtu.be/lllg0P4t3og

As well as these talks, the researchers will also participate in other events to celebrate this anniversary.

Via the platform Asteroidday.org  the astrophysicist Julia de León will participate in the panel on  NEO-MAPP a project to model near Earth objects (NEO’s) which is currently working to develop instruments, technology, informatics models, and data exploitation to support the HERA mission of the European Space Agency (ESA).

Javier Licandro, Research Director of the IAC will also participate in ESA’s Asteroid Day, in the programme in Spanish. During his talk he will speak about the collaborations of the IAC in matters of planetary defence against possible asteroid impact and about the observing programmes which are being carried out from the Canary Observatories (OOCC for the Spanish Initials) and which include a spectroscopic programme with the Gran Telescopio Canarias coordinated by Julia de León in collaboration with the Near-Earth Object Human Spaceflight Accessible Targets Study (NHATS) of NASA, (https://data.nasa.gov/Space-Science/Near-Earth-Object-Human-Space-Flight-Accessible-Ta/yiwq-if9n), as well as the related projects P3NEOI and NEOROCKS.

Miquel Serra Ricart will talk about the citizen science project “Cazadores de Asteroides” (Asteroid Hunters) (cazasteroides-org) of which he is in charge, in the event  Asteroides en una noche de verano”. His talk  will take place on ´Tuesday 30th June at 21:30 CEST (20:30 in the Canaries),  Cazasteroides was started at the end of 2016, jointly funded by the FECY, the Polytechnic University of Madrid, and the IAC, and at present includes over 6,500 users, 230,000 detections, and 700 new candidates.

Since February 2020 the IAC is a member of the International Asteroid Warning Network (IAWN) (http://iawn.net/). In addition the Solar System group of the IAC participates in three European projects related to NEO’s.

The IAC leads two work packages in this project: a spectroscopic catalogue of NEO’s made with the telescopes of the Roque de los Muchachos Observtory (Garafía, La Palma) and the coordination of the observations of the binary asteroid Didymos (the objective of ESA’s Hera mission).

“We have several tens of NEO’s observed, and the observations of Didymos we have made with the GTC are a very important part of the characterization of this asteroid”, explains Julia de León, the leader of the remote observations group of the Hera mission. “ Just this week we are participating in a virtual workshop of the collaboration between ESA’s Hera mission and NASA’s DART mission, which both have the same asteroid as their objective. DART will impact on Dimorphos, the smaller object of the system, in order to modify its orbit around the larger object, and Hera will make a follow-up rendez-vous to study the system and the long term effects caused by this impact”. It is the first planetary defence mission until now. 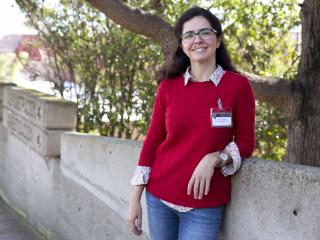 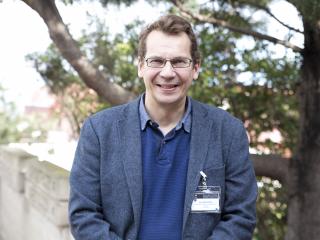 Interview
KARRI MUINONEN: “Asteroid mining for valuable minerals is another good reason to carry out research on these objects”

If asteroids do not emit light, a source of primordial information in Astrophysics, how are their properties studied? Karri Muinonen, professor of astronomy at the University of Helsinki (Finland), is precisely a specialist in the physical characterization of these small bodies, key to know the origin and evolution of the Solar System. For this reason, at the XXVIII Canary Islands Winter School of Astrophysics, organized by the Instituto de Astrofísica de Canarias (IAC), this researcher will explain how they are analyzed, both from Earth and from space. By Elena Mora (IAC) “Near-Earth 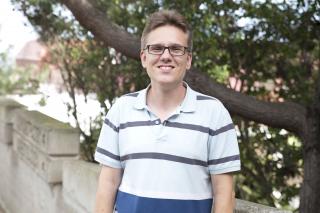 Interview
MICHAEL KÜPPERS: “Asteroids may play a larger role than comets in the delivery of water to Earth”

67P/Churyumov-Gerasimenko may seem to be a bit of a tonguetwister, and difficult to remember, but Michael Küppers, an astrophysicist who qualified at Göttingen University (Germany) spends most of his time dealing with it. From 2007 he has been at the European Space Astronomy Centre (ESAC) of the European Space Agency (ESA) in Madrid, analyzing the data gathered by the Rosetta mission to the comet of that name. He is also a member of the Asteroid Impact Mission (AIM) which, if approved during the coming December, will be the first time tht a mission has the aim of investigating an asteroid